The importance of light in the office 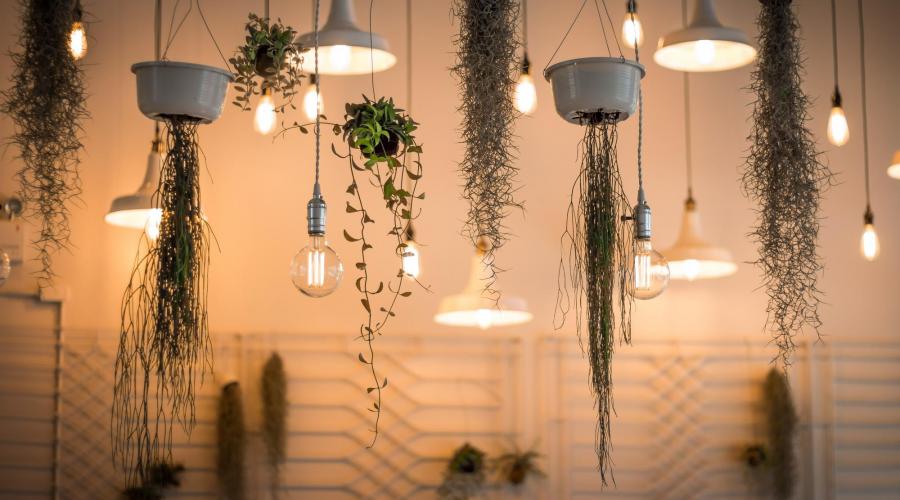 Artificial light in the office

Many offices use artificial light, both in the winter months and during spring and summer. In this way, there is always some kind of 'daylight' present. Research shows that the lighter your office is, the more productive employees are. Light affects mood, appetite and alertness. In addition, good light makes people feel less sleepy. When the light-sensitive cells in our eyes register that it is dark, your body thinks that it is time to sleep. A poorly lit office in the early morning can therefore cause employees to sit at their desk in a slumbering state.

However, research by M. Muench (2012) shows that it is better to go with the rhythm of the light by providing your office with natural light. According to this study, artificial light also causes fatigue because it disrupts the natural rhythm. So workers sleep better with natural light and rested workers boost productivity. This is confirmed by researchers from the University of Illinois (2014). They found that employees who work within seven metres of a window sleep 45 minutes longer on average than other colleagues.

So light makes employees alert, but artificial light actually makes employees tired. So how do you solve this? Firstly, make sure that your office space has windows with plenty of daylight coming through. This ensures alert employees during the day who sleep well at night. Secondly, illuminate the office during the dark hours with LED lighting, preferably with a lamp that you can dim or turn up. Choose a soft white colour. This white colour best mimics the natural light you find outside. When it gets lighter, turn off the light switch so that the natural light from outside can do its work. LED lighting is also good for your wallet and good for the planet. 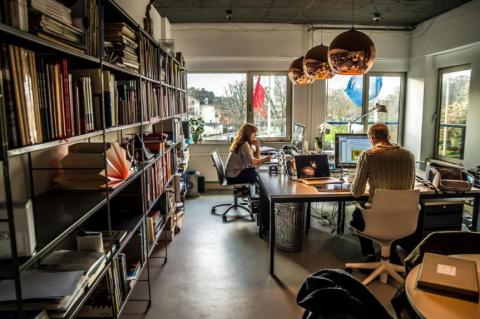 Twilight in the office

Don't have large windows or are you a creative entrepreneur? In either case, don't worry: twilight, or dark spaces, are actually good for ingenuity. In 2013, German psychologists claimed that people are more creative in the dark. They had a group of people in a dark room and a group of people in a light room draw an alien creature. An independent jury judged the drawings on originality. It turned out that the drawings of the people in the dark room were more original, more creative and more 'out-of-the-box'. But creativity is a subjective concept. So the Germans decided to do a second experiment. They had people in dark and light rooms solve problems that required creativity. And it turned out that the participants did much better in the darker rooms. This office space in The Hague shows that a little twilight is good for creative businesses.

One thing is certain: little light makes us gloomy. Just think what a weekend in the sun will do to you. You feel alive again. This also applies to life in the office. Whatever you do, make sure you have enough light in the office, preferably natural, to avoid disrupting biorhythms and hormones.